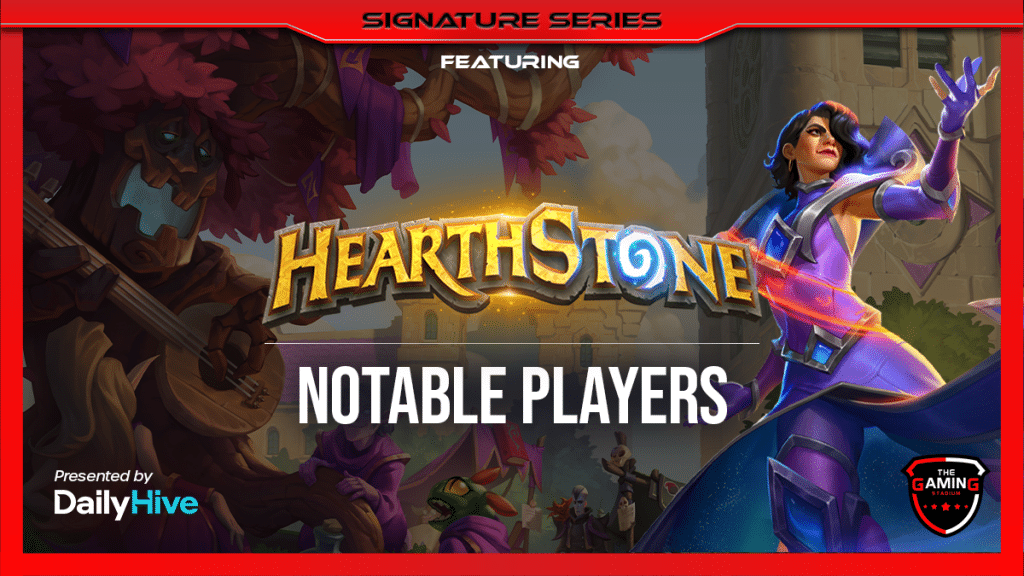 The Hearthstone community has hungry competitors at all skill levels, from beginners, semi-pros, and Grand Masters (GMs). The beauty of the game is that anyone has a chance to win if they bring their best decks, strategies, and a little bit of luck to the tavern.

While we say anyone can win, there are still players you need to keep a lookout for in this month’s Signature Series, presented by Daily Hive. Here’s our list of some notable players that have incredible track records in their Hearthstone career. 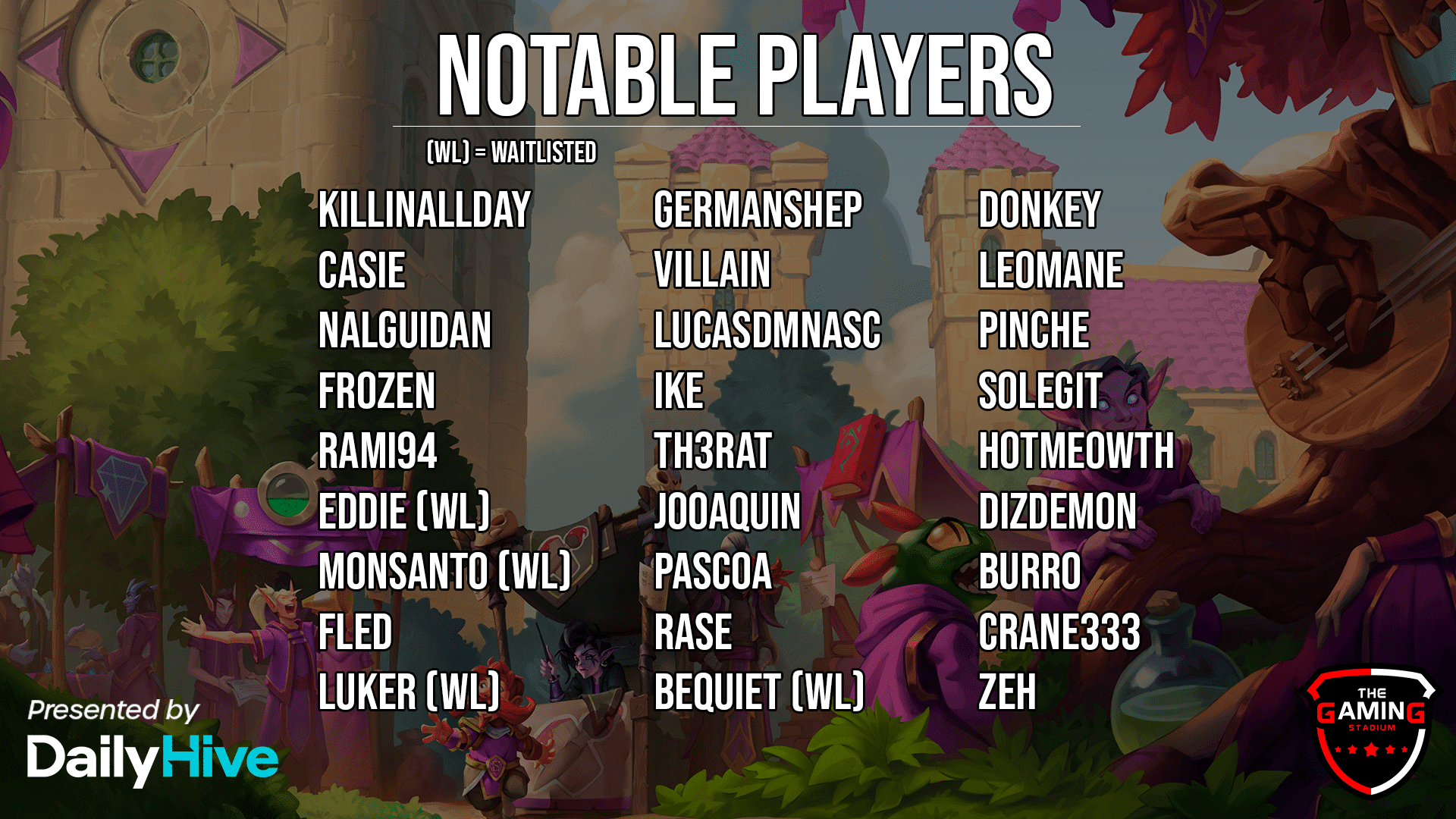 Germanshep, the winner of our last tournament, has returned to defend their crown. Will anybody be able to dethrone them?

Grand Masters, the highest level of professional players, have also joined the tavern. With registrations open worldwide, we not only have NA residents Killinallday, Fr0zen, and potentially Eddie and Monsanto, but we also have international competitors Casie, Nalguidan, and Rami94. While they are considered the “best” Hearthstone players, they’re not invincible, as we saw them eventually get taken down in our last tournament.

In addition to the Grand Masters, we see veterans that are not shy of being on the international stage at the highest level of competition, including Ike, Hotmeowth, Villian, and Crane333 to name a few.

This list of notable players only scratches the surface of strong competitors signed up or on the waitlist. If there are any players we missed on this list that you think should have been, let us know on Twitter!

Good luck to all the players competing this weekend. As our event is capped, go here if you’d like to sign up on the waitlist. If you couldn’t get through the waitlist or you didn’t have time to compete, make sure you tune into the stream, as we’ll be covering matches on both days on Twitch.

Got questions about this event? Join our Discord and ask our staff! Sign up for our newsletter so you stay up to date with the latest TGS news.