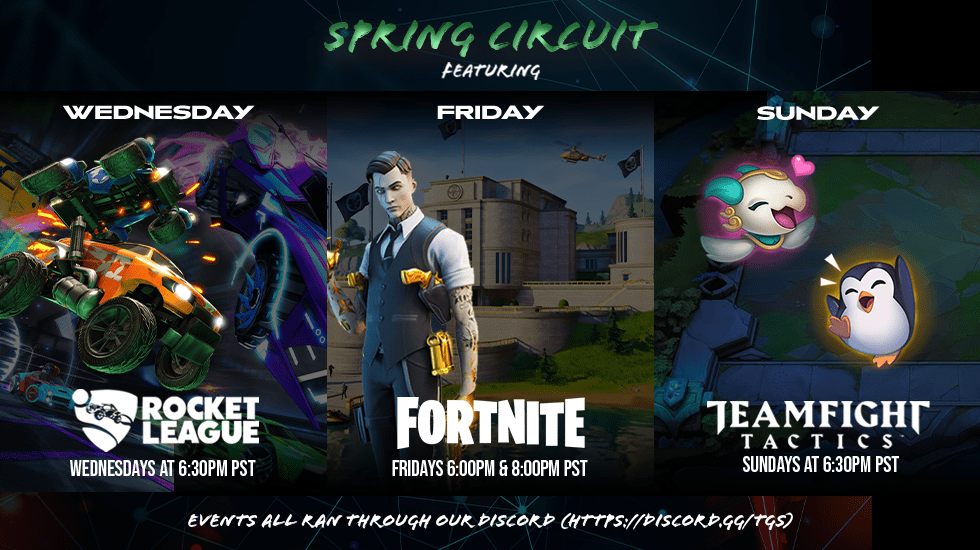 We will be moving all of our circuits online. Anyone who is currently residing in Canada can compete! To join, make sure to do the following:

Interested to learn more about the circuits? Check out our event pages by clicking the images below!

In addition to circuits, we are also running free in-houses and community events for a variety of games! For more information about what events we are planning to run, make sure to join our Discord server. 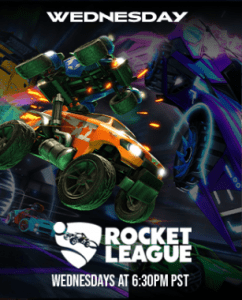 We’ll be running Circuit tournaments on Wednesdays throughout March and April starting at 6:30 PM! Teams will be formed on the day (we’ll do our best to make balanced teams!) and format will be determined based on final attendance numbers.

The top eight players will be competing in a duos format. The finalized format of the event will be available soon, so keep an eye out for more updates! In the meantime, practice your duos with our 2v2 weekly format! 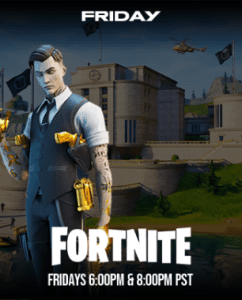 Weekly formats will be decided a few days before the event. Make sure to join the Discord server for updates on the upcoming tournaments! 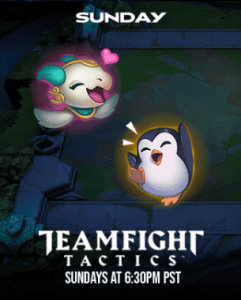 TGS online tournaments take place on our Discord channel under the TFT tag. Each weekly will start at 6:30 PM. There will be three rounds of swiss games followed by a fourth game for the top eight players.

Prizes will be determined based on standings after the fourth game. Each tournament will feature a $100 prize pool paid out to the top three finishers. The top eight finishers will compete in an invitational tournament, date TBA!

That’s all for now! Keep an eye out for April 1st for our next set of TGS Patch Notes! Do you have a suggestion for what games you want to see at The Gaming Stadium? Reach out to us via Twitter and Instagram, or join our Discord server!