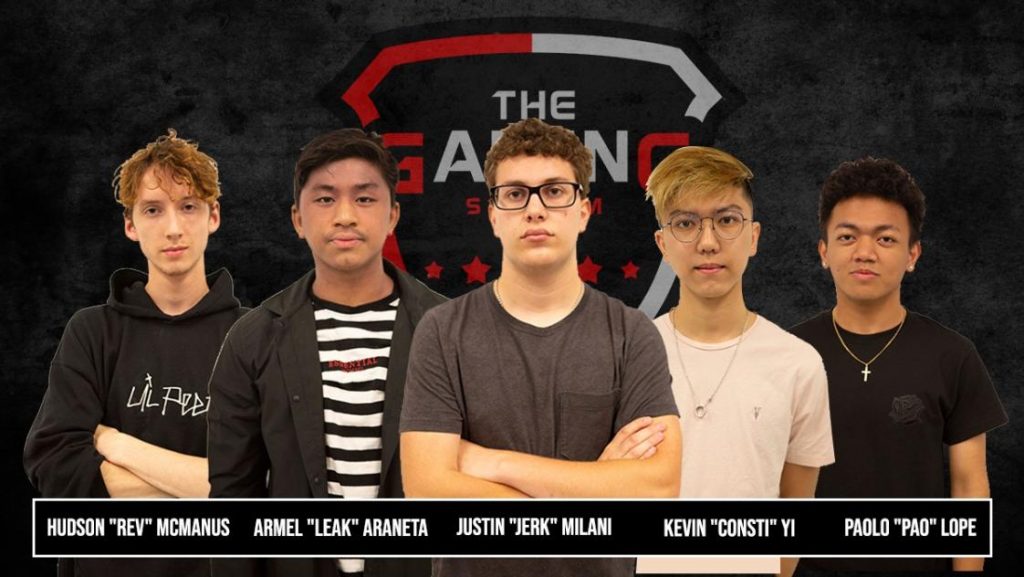 We are excited to announce our first Counter-Strike: Global Offensive team! Our team is composed of top-tier players who have all competed at the recent TGS CS:GO Summer Masters tournament. The players are as follows:

Jerk, the team’s captain, elaborated on the team’s origins and how this aligned with his goal of having a fully local team:

“Our team formed from the TGS Summer Masters CS:GO event where I played against leak, pao, and consti in the grand finals. I thought they were good and noticed that they were all teamless. Although consti isn’t local, we picked him up since he has great chemistry with leak and pao. REV has a high skill ceiling as a player but hasn’t had the right team to reach it yet.”

The TGS CS:GO team will be hitting the ground running this September. They will be competing in ESEA-Intermediate Season 32 as well as Fragedelphia 13 in Huntington Beach, CA on Sept 13-15. Jerk’s goals for the team are to “win ESEA-Intermediate, place top 6 at Fragadelphia, and improve as much as possible as a team.”

“TGS has been super easy to work with, and the best part is having an awesome stadium to bootcamp at.”

Please give a warm welcome to our new CS:GO team, we’re excited to see where the team goes in the coming months!

Be sure to follow all our social media to keep up to date with the team: